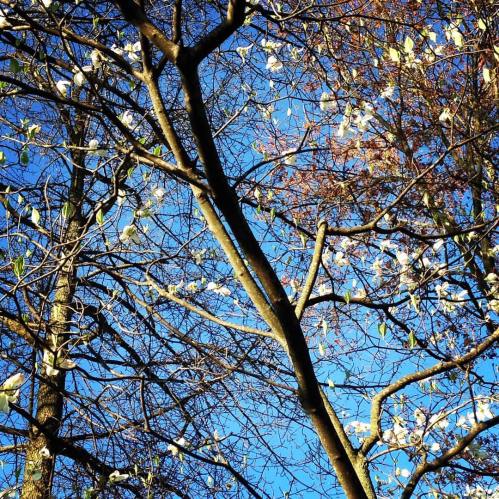 Last year, I decided that I would post my accomplishments for the month and what goals I hope to achieve in the following month.

Spring has arrived, and while April didn’t look like it would turn out to be a productive month at first due to health issues, it seems to have turned around nicely.

What I accomplished in April:

What I hope to achieve in May:

I really thought April was going to be an absolute disaster. Beginning a month with a sinus infection that renders you barely functional isn’t a sign of good things to come, but I pulled it together after a few days where I wrote nothing at all.

That last sentence was hard to admit. In my bullet journal (my slightly artsy to-do list/organizer), I write down how much I’ve written every day. Seeing all those zeroes in a row during my sinus infection made me want to vomit. Originally, I had hoped to write 15,000 words in April, but 12,000 is respectable and what matters is that Dead Magic is cruising along nicely. I promise that later in the month I’ll post another excerpt from the novel. It’s one of my favorites to write thus far, and I think that’s because I love the characters.

After reading Rayne Hall’s book on writing short stories to promote your novels, I really want to write a few short stories revolving around the side-characters in the Ingenious Mechanical Devices series. There will probably be one with James and Eliza and maybe one of Eilian’s adventures in the Far East before he met Hadley.

Besides my author stuff, I will also be teaching two freshman English classes at the university next semester, so I need to create the syllabus for those classes. I’m excited and terrified to be teaching as an adjunct professor. Worst case scenario, I could totally ruin them and make them even worse writers than when they came in, but I’m hoping to teach them the fundamentals of writing and at least instill in them that writing is necessary for life and can be a very cathartic tool.

Well, onward to May, and I hope it’s a good one for you!