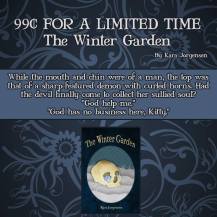 To celebrate Dead Magic coming out soon, I decided to put all three of the other books in the Ingenious Mechanical Devices series on sale from Friday through Sunday!

Get The Earl of Brass for free, The Winter Garden for 99 cents, The Earl and the Artificer for 99 cents. You can also pre-order Dead Magic, which will be out November 10th! 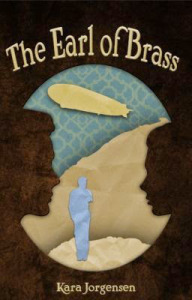 Get the Earl of Brass for FREE.

Lord Sorrell wants freedom. With the responsibilities of an earldom and a domineering father awaiting him in London, he escapes to the East, but he fears he will be grounded forever when a freak accident results in the loss of his arm. Depressed and facing a restrictive life, Lord Sorrell seeks what will make him whole again: a new limb.
Fenice Brothers Prosthetics is in jeopardy. Hadley’s brother is dead, and the business has fallen on her shoulders. Clients begin to turn her away and she soon fears the business will fail until she disguises herself as a man. But one person sees through her. In exchange for a new arm, Lord Sorrell offers her a chance at independence in the deserts of Palestine.
What they uncover is more precious than potsherds or bones. The desert hides secrets worth their weight in gold. Will Hadley and Lord Sorrell make it out alive or will they, too, be entombed beneath the sands? 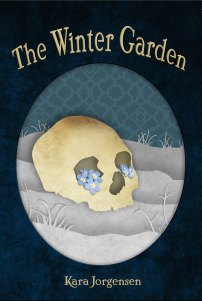 Get the Winter Garden for 99 cents.

Can death be conquered?
When Immanuel Winter set off to the banks of the Thames, he never thought his life would be changed forever. Emmeline Jardine, a young Spiritualist medium, drowns, but the potion given to Immanuel by his mother brings her back from the dead and irrevocably intertwines their souls.
But Emmeline and Immanuel aren’t the only ones aware of his ancestors’ legacy. Understanding the potential of such an elixir, the ruthlessly ambitious Alastair Rose knows securing the mysteries of death will get him everything he desires: power, a title, but more importantly, dominion over the dead and the living.
Unaware of what the dashing madman is capable of, Emmeline follows him deeper into a world of corrupt mediums, unscrupulous scientists, and murder. All that stands between Lord Rose and his prize is the boy who refuses to die, but both men know the key to stopping him lies within the girl who shares Immanuel’s soul. 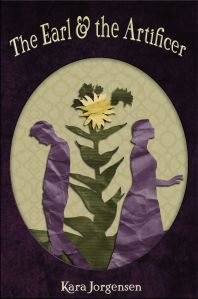 Get The Earl and the Artificer for 99 cents.

What mysteries lay buried beneath weeds and dust?
Following their wedding, Eilian and Hadley Sorrell journey to Brasshurst Hall, his family’s abandoned ancestral home. As Eilian struggles to reconcile his new roles as husband and earl, he finds the house and the surrounding town of Folkesbury are not as they first appear.
Behind a mask of good manners and gentle breeding lurks a darker side of Folkesbury. As the Sorrells struggle to fit in with the village’s genteel society, they find their new friends are at the mercy of Randall Nash, a man who collects secrets.
Soon, Eilian and Hadley become entangled in a web of murder, theft, and intrigue that they may never escape, with the manor at the heart of it all. Something long thought lost and buried within Brasshurst’s history has been found—something worth killing for. 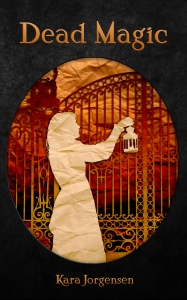 Immanuel wants nothing more than a peaceful life as a scientist, but his happiness is short-lived when his past demons refuse to go quietly. As body-snatching spirits attack and creatures rise from the dead, he fears his sanity is slipping. Burdened with strange new powers, he struggles to hide them from his lover for fear of losing the only person he trusts.
But the woman who shares his soul has a secret of her own. Disillusioned with her life, Emmeline turns to a handsome suitor who offers her a world of limitless possibilities at an exclusive club. Rumors swirl of occult rituals and magic, and Emmeline soon fears he wants more than just her love.
Something wicked is heading for London that threatens to destroy everything Emmeline and Immanuel hold dear. And it wants more than secrets.