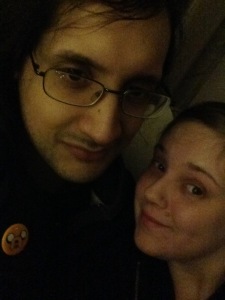 This is coming a little early, but I wanted to write an appreciation post for my best friend and one of my greatest supporters, my boyfriend. Javier and I have been together for ten years. Yes, ten years as of June 20th. We met through a mutual friend when we were thirteen. We both went to the same middle school, and after speaking on instant messenger day in and day out for probably six months, we started going out. Being an only child without a hoard of friends, he was probably the first person I ever really opened up to. 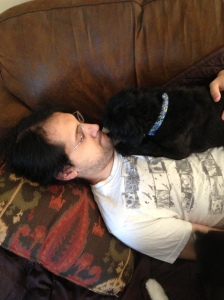 He’s the quiet sort. If he doesn’t know you, he tends to be reserved, but once he’s comfortable, he never shuts up. Of the two of us, he’s the social one, the one who enjoys a night out but is still content to sit and watch Adventure Time with me and the dogs. What I love about him is his unwavering support. No matter what event I’m doing or where I want to drag him, he’s there. If I need a second set of hands or someone to vent with, he’s there. If I need someone to bounce ideas off of, he’s ready to listen even if he has no idea what I’m talking about (which happens quite often). 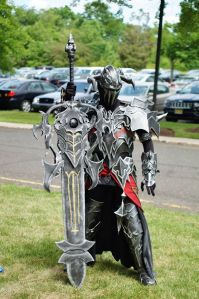 Both of us are creative people. Javier is an artist while I’m a writer. If you’ve ever been to his Facebook page, he’s a cosplayer, which means he creates costumes after video game or anime characters and wears them to conventions. Recently, he’s won a few convention contests, and I couldn’t be prouder of him. No one I know works as hard on their projects. We act as a second set of eyes for the other, figuring out if a piece is out of scale or if a character’s motives make sense. Even if he sometimes gets down about his work and believes he sucks, I know he is amazing and will go far in the future. It’s the little things that make me love him. The way he is willing me makes me a cup of coffee just the way I like it whenever we’re home together or how he let’s me hug him like a koala when he gets home from work. Other times he drives me crazy. He leaves messes around, forgets to take the dogs out, and likes to hug me after working on his projects and thus coats me in black dremel dust, but he’s my favorite distraction. I know he’d do anything and go anywhere for me, and for that, I am eternally grateful. Here’s to ten more.