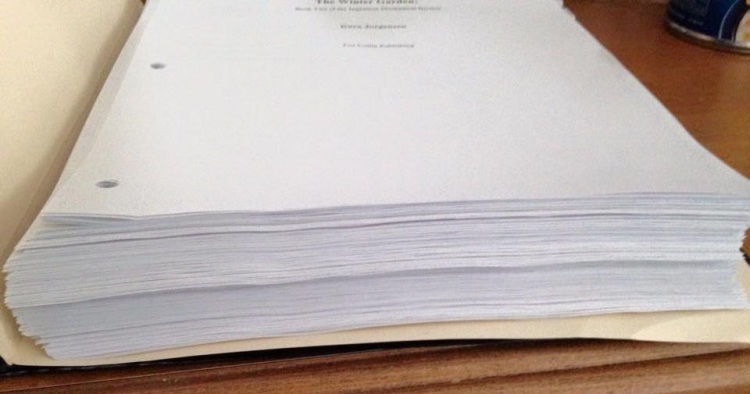 Well, the story is finished.  While I was stuck on the third to last chapter (yes, I had finished the epilogue and part of the pen-ultimate chapter before I started that one), I decided to edit the first twenty-seven chapters.  Now, the editing is done as well and The Winter Garden (Ingenious Mechanical Devices #2) is off to my beta readers! Until they get back to me with their feedback, I will be taking a little hiatus from Emmeline, Immanuel, and Adam.  Every time I finish a novel, it’s a bit depressing.  I’m done with the characters (for now), the plot is finished, the bad guys have been dealt with, and now, I need to step back.  In my next post, I will discuss editing in more detail, but for now, I would like to impart what I have learned after publishing my first book and finishing my second.

Please note, I am not the queen of marketing and most of this advice is just what I have learned or noticed through my experiences.

Well, that’s my two cents.  My next post will be on the joys of editing, so stay tuned.

Kara Jorgensen is an author and professional student from New Jersey who will probably die slumped over a Victorian novel. An anachronistic oddball from birth, she has always had an obsession with the Victorian era, especially the 1890s. Midway through a dissection in a college anatomy class, Kara realized her true passion was writing and decided to marry her love of literature and science through science fiction or, more specifically, steampunk. When she is not writing, she is watching period dramas, going to museums, or babying her beloved dogs. Books: The Earl of Brass The Winter Garden (coming Spring 2015) View more posts