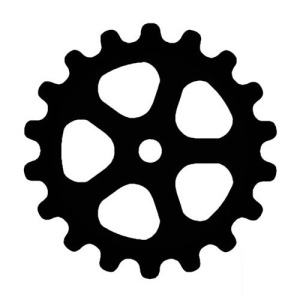 Before I go on about my preferred genre, I should probably explain what steampunk is since most people stop me after I have already begun to speak about it to ask what exactly I mean. Simply put, steampunk is a marriage between historical fiction and science fiction. It’s the Victorian Era that never was, and instead of moving toward combustion engines, steampunk stories tend to explore how the world would be if steam technology became the predominant mode of transportation and energy generation in the nineteenth century. Most stories are set in the mid to late 1800s, but that isn’t always necessarily the case with some stories being set in a neo-Victorian future.

There are three reasons I write steampunk stories (each of these reasons will be explored further in this post):
1. Playing with the past
2. Exploring modern social issues out of context
3. Victorian aesthetics

Playing with the Past
Some of the most fun I have writing is utilizing real people and places within my work. Several historical figures make an appearance in The Earl of Brass or The Winter Garden, including Lord Carnarvon, David Hogarth, Queen Victoria, Prince Albert (as a corpse), and in the future, I can see many other real people making cameos. More importantly, places are key to creating a richness in a story that delves into the past. A good chunk of my research is scouring Victorian maps and texts for places my characters can go and how they looked in the 1890s. The research can be fascinating and lead to more plots or simply a nice place for your characters to go to for a night on the town. Creating a realistic landscape even with the changes I have set up in my universe has been something I have worked on throughout my writing career, and about halfway through the second book, I realized how their world would really be.
To wrap up this section on playing with the past, I have to mention technology. Most people tend to think of carriages, coal, factories, and horse poop when thinking of Victorian technology, and while that isn’t far off, science and medicine were just about to take off. The Victorian Era is a launching point from which many of the things we have today began. Medicine is a topic I work with quite often, and part of the reason is because the Victorian era was half in the superstitious past and half in the modern world. In The Earl of Brass, the main character, Eilian Sorrell, has a prosthetic arm that can flex when he commands it to. Obviously there were prostheses, but they were not nearly as advanced. In the world of steampunk, I can sprinkle in modern ideas but only use materials that were available in the Victorian Era (no stainless steel, no biotechnology, no aspirin).

Exploring Modern social Issues out of Context
Another way to bring mingle the past with the present is to focus on issues that are prevalent today but set the story in the past. Some of the issues I have explored are: climate issues, humanism v. capitalism, LGBT rights, and equality. some of these issues were present in the 1890s, especially LGBT issues with the Oscar Wilde trial and the brief movement in Germany around the same time. Part of the reason I like to do this is because it allows the reader to see what they might not notice in the modern world they take for granted. Working these issues into the Victorian Era breaks the common misconceptions, and by approaching it through a creative rather than preachy or academic way, people are more likely to listen. My hope is that my LGBT characters will capture the reader’s hearts and that you will feel for them because they are humans who hurt and are victims of the world’s prejudices by no fault of their own. As a writer, integrating modern issues into the past helps me deepen my understanding of the issue by having to research it, get into the characters’ heads, and make sure the theme is coherently coming through. By having a purpose, you make a judgment of that issue and take on both sides by creating conflict between opposing characters or between characters and society.

Victorian aesthetics
This reason is a lot more vain and visual. I love the pictorial representations of the Victorian Era. The tug and pull of artisan lace and fabric with the utilitarian mass-marketed goods of the working class always thrills me. When I think of the Victorian Era, I always think of fog rolling in off the Thames as a woman in a bustle and corset walks between gas lamps. There is something sinister yet romantic about the era. The Victorians were a pretty morbid bunch with their postmortem photography and momento mori usually made of human hair. When you contrast any “wild” place with London, the grime of the era becomes so apparent, but the civility and rigid manners still outshine any detractors of the era. Then comes the next question, what lies beneath the starched shirts and laced corsets? To understand the Victorian person, one must understand the culture and why there was a need for structure and decorum, yet it is imperative to remember that they were humans just like us. No matter where they lived or what they wore, they had the same desires as we do now, and the universal humanity in all of us, ties the modern steampunk writer to the likes of Oscar Wilde or Dickens.