The other day I received an email from the director of my graduate program that my thesis proposal was approved! Not only that, but she wanted the file to use as an example of what a proper MFA thesis proposal should look like. I beamed with pride for most of the day, and I feel as if a weight has been lifted off my shoulders. In the fall, I will officially begin my thesis and finish up with my MFA in May of 2016, which really means I’ll be going into book three full force as soon as possible.

Part of the reason I hoped my proposal would pass in one shot is that I am trying very hard to separate myself from what I wrote in it about book three. For the professors to approve your proposal, you need to show that you have your shit together and are really prepared to take on a big project and actually finish it, so you have to provide a lot of info about your work even if you really haven’t thought it through yet. It’s all subject to change (thank god), but I had to do quite a bit of cooking up of ideas in a brief amount of time. Now, my very anal analytical side wants to take all of my half-assed ideas from the proposal and check them off, but I know it won’t turn out well. The ideas I wrote down aren’t forming the story I would like to read.

Because of this, I know I need to take a step back and re-evaluate my ideas and where the story is going. It’s been on the backburner for about three weeks while I was working on classwork, but now that the semester is wrapping up, I can finally go back to it. It feels great to be able to finally go back to my writing after a self-imposed hiatus, yet it’s daunting knowing that I need to figure this out before moving forward.

My writing style is somewhere between plotting and flying by the seat of my pants. I don’t like to plot the whole thing out, but I need to know where I’m going before I begin writing a chapter. This system gives me structure but allows for fluidity and for my characters to stretch their legs a bit.

At the moment, I feel a bit lost with The Earl and the Artificer. I have a few chapters done, which are shaping up to be a good foundation, but it feels like an insurmountable task to figure out where I’m going.  The good thing is, I say this every time I begin working on a new book and by 10,000 words in, I’m usually fairly on my feet. I don’t think the anxiety goes away until I’m two chapters away from finishing it.

I’m also back to reading historical fiction again, which always seems to help. I’ll be outlining and diagramming and creating monstrosities that look more like summoning circles than outlines, but now that my proposal has been accepted and my final paper is well under way, I should be able to finally get into book three. I plan to keep everyone posted on the writing process and what I discover along the way with research or writing or myself, but first and foremost, I must write.

The Editor’s Eye for the Writing Guy

Whenever I tell other writers that I have written and published a novel, they often ask me about the editing process.  For many, editing seems like a daunting and seemingly insurmountable task, but with the help of a beta reader or two, the process can become much easier.  I would like to share my process.  It is far from perfect, but it’s what I usually do and what has worked for me.

There are certain things that are needed before going into the editing process: a finished novel, an open mind, a critical eye, and the drive to get it done.

My process for editing, can be a long one and a repetitive one to many, but it’s like a rock tumbler.  Each revolution through the story polishes it more and more.

The point of this post is hopefully to empower you to be your own editor.  The input of others is important, but first and foremost, you should be writing a book you want to read. Take the process into your hands and be self-critical without being self-defeating.  It is your work, your book, and while an editor is a great tool, you should ultimately be responsible for perfecting your writing as it is a process through which you will grow to understand your flaws and what you need to do to become an even better writer. 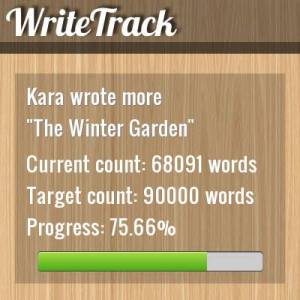